After three years of working in international projects outside of Spain, actor Miguel Ángel Silvestre is back on Spanish television heading a big project that has become a big professional challenge: playing Pablo Ibar –who has spent 25 of his 47 years in prison in the United States– in the TV series En el corredor de la muerte, directed by Carlos Marqués-Marcet for Movistar+. 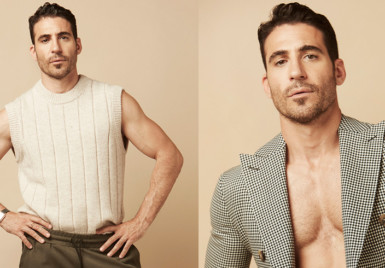 After a long casting –his discipline was key for him to go through it–, Miguel Ángel Silvestre got the part of Pablo Ibar, when his story continues to make the news. Charged with a triple murder in Florida, though there was barely evidence to incriminate him, Ibar has spent the last 25 years in prison, 16 of those on death row. Last may, capital punishment was revoked, but he is still serving life imprisonment.

A horrifying case that has touched a lot of people, including everyone who has worked in this series, who all have shown publicly their decision to condemn death row and the unfair trial Pablo Ibar has suffered, given the irregular way it has developed since the beginning. An important acting adventure for Miguel Ángel Silvestre, shows a new side of him as a performer, and who in this interview is more honest than ever, allowing us to show an intimate profile of him.